Is Social Media a new platform for passive-aggression? 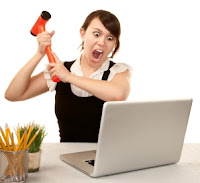 So someone has annoyed you, upset you, angered you or insulted you. You've been on the receiving end of poor service, or you have been deeply disappointed by something you've experienced...

Do you:
a) Calmly explain the problem to the person and seek to find a swift resolution?
b) Tell them directly, in no uncertain terms how they've 'made you feel'?
c) Go onto Facebook and Twitter and share your experience/vent your feelings with everyone you know?

I recently stayed at a hotel the night before running a training course, and I could honestly say that I experienced all of the above emotions. It was a truly terrible night at a grossly over-priced and mis-marketed hotel. (and breathe...) As a trainer of "Assertive Communication" I am always alert to the possibility that my own behaviour might not always be as assertive as I'd like it to be. After all, we're all human! However, I do make a conscious effort to use my well-honed communication skills when in a difficult situation. They've often helped me to turn around a dynamic that seems to be spiralling downwards, or when I've had to deal with someone who's behaving aggressively towards me.

On this particular occasion, I began with option a). I gave the manager the benefit of the doubt, suggested there had been a mistake and hoped they could put it right. Rather than accept the opportunity to save face (they could easily have pretended there was a mistake!) he instead responded defensively. Being honest, I was probably so shocked that he didn't see any reason to resolve the situation, that I didn't stay entirely neutral. I certainly avoided insulting the manager despite his dismissive and sarcastic attitude, but I was still very direct with my criticism of the hotel. So when he continued to stonewall me, what did I do? I stomped off, ran a fantastic training course (yes, it really was fantastic!) and when I got home I reached straight for my keyboard and wrote a no holds barred Trip Advisor review, and posted a link to it on Facebook just for good measure!


Did it resolve anything? I don't think so. Actually I know so. Said manager replied on Trip Advisor by insulting my judgment and accusing me of being a liar and a spreader of negativity. But did I feel better when I wrote it? Erm yes.


So what's the point I'm making here? I guess that what this experience has made me think about is the way in which Social Media has given individuals more of a voice, but also a new platform for passive aggression. We can share our views and tip each other off about businesses and situations to avoid, and if enough people say the same thing, we can even effect change. But the downside, apart from the legal aspect of potentially committing libel, is that ranting on the internet rarely achieves much - apart from a short term satisfaction of getting our own back.

In my assertive communicaiton training courses, we examine the nature and consequences of passive-aggressive behaviour. This experience, I'm sad to say is probably going to be used as an example to illustrate passive-aggression.

There's something about the relative anonymity of the Internet, where people feel safe to insult or criticise others (fairly and unfairly) without having to look them in the eye. I'll admit to resorting to it, but only having tried the more direct, assertive approach which didn't work. A good excuse? Not really. My own professional training tells me that feedback (particularly criticism) should be given in private - and only praise should be given in public.

Maybe one of the benefits of communicating in this indirect way, is that it avoids physical bust-ups, but the emotional impact can be just as, if not more damaging. My heart goes out to children and young adults who find themselves bullied on the Internet, and to people in the public eye who have cyber stalkers and 'haters' who post disgustingly offensive messages on public forums.


So where do we draw the line? If I share my candid review of a terrible experience at a hotel, am I just as bad as the haters who enjoy spreading negativity? Or am I actually a conscientious traveller, who wants to share my honest views with others so they can avoid experiencing what I did? I know which one I'd like to think I am...

Let me know what you think!
Posted by Tina Halperin at 5:50 pm No comments:

Promote Your Page Too

This blog is about asking 'how to' put personal effectiveness theory into practice.

"As a trainer and consultant, I am genuinely committed to finding practical advice and tips that really make a difference. There are thousands of books and websites about 'soft skills' in the workplace, but I aim to pick out the most interesting/useful bits that I come across, and to share them with you here. The best bit about my job is that I get to meet and talk to so many people about a subject that I am passionate about... I would really welcome your comments, questions and views too, so please do join in!"

H2: Putting the “how to” into personal and organisational effectiveness

We have been supporting businesses and individuals across the UK since 2000 to develop the practical skills to deal with the most common 'people' issues and problems in the workplace. Our training courses and coaching sessions have helped thousands of people with practical tips and techniques for improving the quality and outcomes of their working relationships with each other and with their customers - as well as helping them to become more organised and resilient to the pressures that they inevitably face each day.

Over the years, we have developed a wide range of training courses and coaching programmes to suit the ever-changing needs of our customers, including: 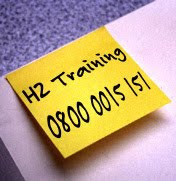